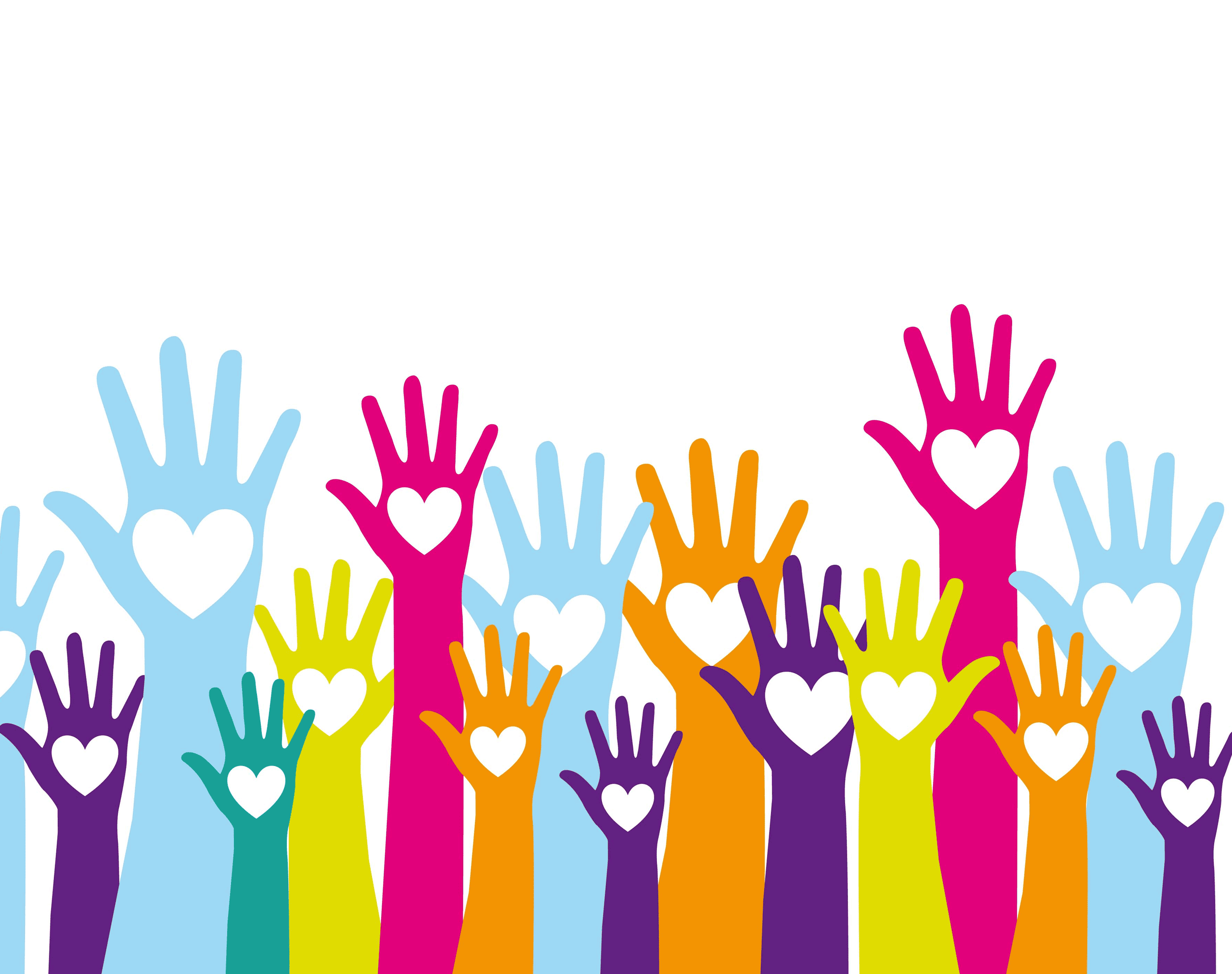 Nonviolent Communication (NVC) was developed, in part, because its founder, Marshall Rosenberg, was inspired by the work of Mahatma Gandhi, Dr. King and countless others who responded peacefully, yet powerfully, to vast systemic inequities and abuses. Dr. Rosenberg witnessed the transformative power that an active, courageous commitment to nonviolence could bring.  Like Dr. King, he also believed that lasting transformation comes not just from creating external change, but working for that change from a place that embraces everyone’s humanity.

As Dr. Rosenberg’s teachings of nonviolent communication spread, NVC has in many places shifted away from the powerful force of social transformation he envisioned.  Many who learned this work were part of the dominant social groups in their times.   In the United States, the workshop method of spreading NVC meant it often resonated with white, middle class audiences who had the time, education and money to attend and who were mostly drawn to the personal liberation that NVC consciousness invited. People who were not as personally impacted by social inequities tended to focus on the personal growth or inner transformation aspects of NVC.  They applied the concepts of NVC to issues relevant to their worlds without awareness of the ways in which their perspectives, shaped by the issues and environments they knew, represented only a small fraction of the power of NVC.  As a result, a frequent criticism of NVC is that it ignores or minimizes issues of race, class and other social differences. This is a failure of the way NVC has been applied and taught, not of the approach itself.

As NVC began to spread into communities with less privilege, some of the ways in which the practice of NVC had become constrained by the relatively privileged status of those practicing it became clearer, and even controversial within NVC circles. One example is in exploring “needs” in NVC consciousness.  In NVC consciousness, needs are understood to be those abstract vital qualities like contribution, respect, and understanding that all humans seek.  A fundamental principle of NVC is that all human actions are attempts to meet needs. Everyone who aligns with NVC consciousness believes this fundamental axiom. However, the implications of this axiom are vastly different when applied with or without a social lens. How people interpret and behave in relation to this fundamental axiom across social classifications can be predicted by their stages of awareness in relation to social differences.

Some practitioners with limited understanding of between-group differences take the belief that every human being has the same needs and that all needs are equal, and then apply it to every interaction. Those practitioners are more likely to insist, for example, in addressing a classroom conflict that the needs of a student of color and the needs of a white professor are equal and thus should be responded to with equal attention and without regard to power or privilege. They might argue that since everyone’s needs are equal, the person who has historically had less privilege can and should speak up for their needs and is equally responsible and capable of getting their needs met, regardless of their actual power to influence the situation. NVC operating within this framework ignores the effects of systemic oppression and personal history. It does not acknowledge the vastly different degree of difficulty the student might have in trusting that their needs matter to others. The student may be risking vastly more by speaking up and advocating for their needs. The student has to grapple with the fact (one the professor may have no reason to call to mind) that when people from their group do speak up they are often ignored, sometimes punished and in some situations, even killed. The adherence to a strict focus on equality of all people and all needs is a function of the practitioner being less critically aware, rather than a limitation of NVC itself.

NVC practitioners with more critical awareness are able to use NVC to its full power. When NVC argues that everyone’s needs matter, practitioners with a more advanced intercultural mindset see this as a call to give people the tools and support they need to ensure that their needs are indeed held with care. These practitioners are aware of the difference between equality and equity. They may offer much more attention and support to members from one group to ensure their needs are surfaced and addressed, compared to another group that has more structural privilege, in order to achieve equity so that all needs are held with care.  NVC practitioners need to be aware of the systemic inequities that continue to persist between groups, and address and account for these imbalances, if they are to truly further the work that Dr. Rosenberg started. Indeed, harm can be done by a focus on a simplistic equality that ignores systemic structures. Such a focus can lead to viewing an individual as responsible for the circumstances in which they find themselves, without regard to the fact that individuals have vastly different access to influence over those circumstances. A belief that empowering people to recognize and advocate for their unmet needs is sufficient to overcome social inequalities, without acknowledging the differences in social and political power that individuals have, runs the risk of shifting responsibility solely to the individual for having or not having their needs met, and away from the system as a locus of change.

Tragically, some NVC practitioners have focused on altering personal choices as the only approach to addressing structural violence. For instance, they might suggest that if a woman is in a relationship where her partner meets needs for “safety” and “respect” by controlling her behavior, she has the option to leave if her partner’s strategy does not work for her.  While technically true – we all have an option to leave – it is a fundamentally flawed and limited understanding of what NVC offers in such a situation. By focusing only on the woman’s behavior in this situation, the practitioner fails to recognize myriad factors that might constrain the woman’s choice to leave or to advocate for herself. It is not outside of NVC to call the partner to accountability for the impact of their actions on this woman. An NVC practitioner who is aware of how traditional relationship norms have constrained women’s freedom can call on the partner to end the coercive behavior, or support the woman leaving with understanding of the barriers she may face. An NVC practitioner without that awareness may apply the frame of holding both partners’ needs equal, without acknowledging the differences in impacts and access to power, and thus unwittingly reinforce negative aspects of traditional relationship norms.

Practitioners who are fully grounded in an understanding of how social differences have played out in their society can better use NVC in a way that maximizes its potential for change. We can use NVC to empower the individual to help them stand up to injustice and to bear the costs of standing up, the way that generations of people grounded in the work of Mahatma Gandhi and Dr. King have done.  We can use NVC to advocate that more needs be met for more people. We can use our understanding of the systems that cause inequities to direct resources toward changing those systems.  Only empowering individuals or only confronting systems is incomplete. If we ignore the systemic, we essentially allow the needs of some groups to continue to be systematically unmet. Yet we can’t wait for systems to change to begin to empower individuals and communities, to foster the skills and hope needed to heal our world.

Participants at an NVC retreat experienced the power of focusing on both the interpersonal and the systemic. One participant, a young African-American man who came to the West coast for the first time to attend the retreat entered a grocery store in a wealthy neighborhood in Northern California with another male participant of color. As he attempted to withdraw some money from the clerk at the counter, he was told that he would have to return in 15 minutes because the machines were down. When he returned to the counter, he was met by a police officer – the clerk had called the police because she believed that he had previously robbed the store, solely based on the color of his skin. The police officer asked the participant for his identification.

Someone hearing this story without a social justice lens might believe this is a simple case of misidentification. The African-American participant could simply turn over his ID and the mistaken identity would be cleared.  He could return to the NVC retreat and receive NVC empathy for the pain and anger stimulated by this event, addressing his individual impact.  When looking at this through a social justice lens, there were many concerns with this strategy given the history of African-American men being accused and unable to clear their names, despite abundant proof of their innocence. In addition, simply addressing the impact of this one event through empathy or individual support would do nothing to prevent a similar experience from befalling the next African-American man who walked into that store.

Instead, the men in this story and the participants at the retreat used the full power of NVC to support both the individual and the need for systemic change. Instead of handing over their ID, the two young men supported each other as they expressed their sadness and pain that the African-American man had been accused of robbery simply because of his race. They empathized with the police officer trying to do his job, while still insisting on being treated with dignity and respect.  Eventually, in the face of their nonviolent insistence on having their rights honored, the police officer was able to acknowledge the thin circumstances which led the clerk to call him, and the men were allowed to leave without having to turn over their IDs. They returned to the retreat, and then really leveraged the power of nonviolent communication. After getting empathic support from the community, the young African-American man expressed his amazement that, for the first time in his life, an encounter with the police did not result in severe consequences for him, and that others in the community were able to understand and support him. Everyone then joined together to identify the needs that were unmet for both the individual and the larger community. They decided to take nonviolent action to protest what had happened and call on the store and the local police department to change their policies. Over 30 people in attendance went to the store and waited while the young men, a retreat facilitator and a community member spoke to the manager. They were able to express the impact of having experienced this situation and secured the commitment of the store manager to bring the issue to corporate management along with the requests for education and change.  By focusing on supporting the individual through a challenging situation, then identifying and challenging the patterns of discrimination that led to this event, the African-American man and the participants at the retreat were able to use NVC and a critical awareness lens to advocate for change that could impact many.