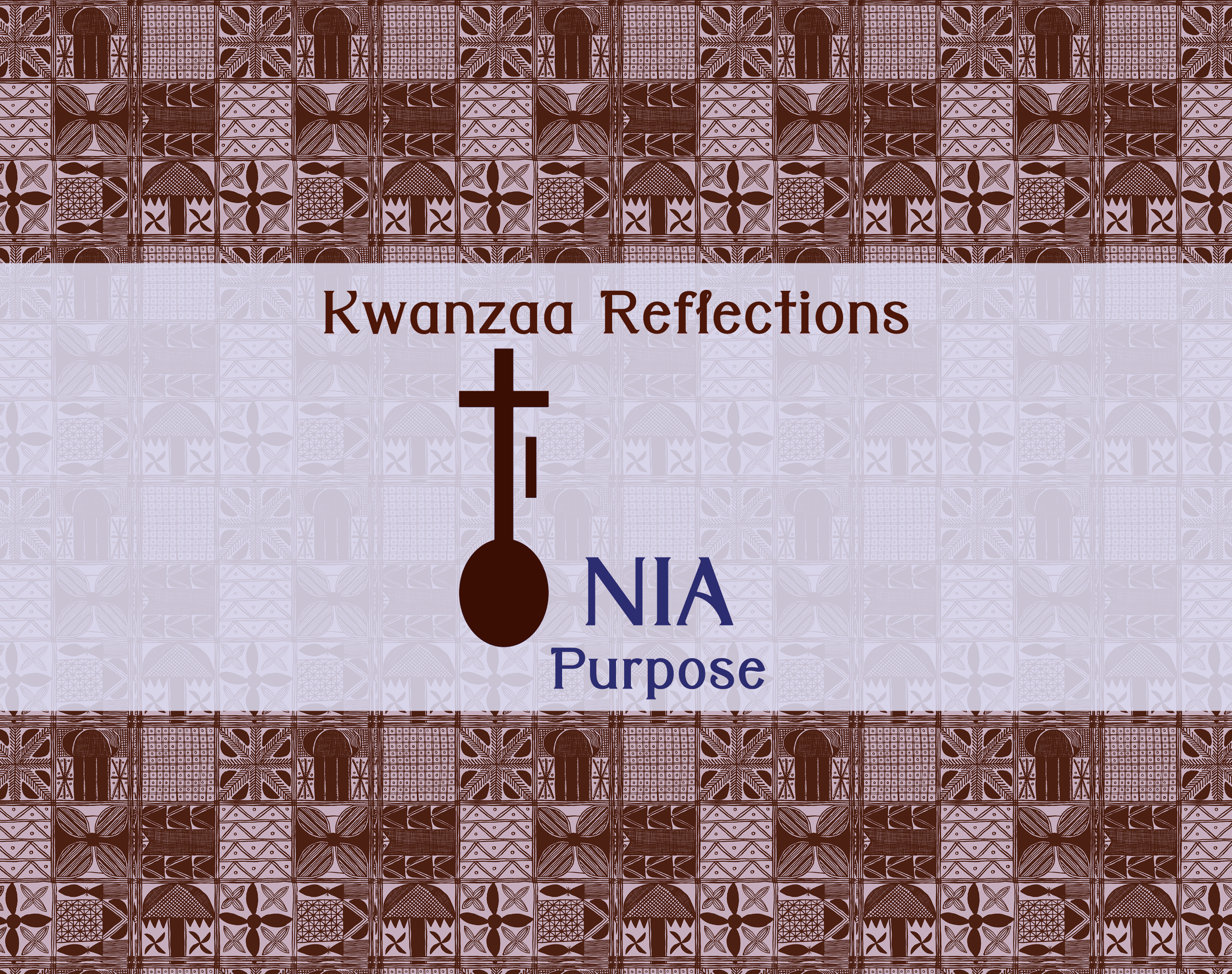 This morning, folks in my house listened to Paul Robeson sing Ballad for Americans as we started our Kwanzaa reflections. Robeson, born in 1878, was the son of a runaway slave and an abolitionist. A man of amazing talents in every domain, he won an academic scholarship to Rutgers University where he was inducted into the national honor society and graduated valedictorian of his class. In addition to his intellectual brilliance, he also played four sports in college and was an All-American athlete in football. These accomplishments notwithstanding, Robeson is best known as an artist and activist – a talented bass baritone singer and actor and committed advocate for peace and equality. Listening to Paul Robeson sing this morning grounded us in the Kwanzaa principle of the day, Nia – purpose.

With all of his incredible talent and rise to national renown, at a time when Black folks in the United States were still being openly murdered and suffered under Jim Crow, it would have been easy for Robeson to gather acclaim and wealth and ignore the plight of his people. Instead, Robeson was deeply connected to his purpose and used his prodigious talents to advance this purpose. He declared, “The artist must elect to fight for freedom or slavery. I have made my choice. I had no alternative. The history of the capitalist era is characterized by the degradation of my people: despoiled of their lands, their true culture destroyed… denied equal protection of the law, and deprived their rightful place in the respect of their fellows.[i]”

Listening to Ballad for Americans is both a painful reminder of the ways Black and Brown people in the United States were often erased from the narrative of the country, and a powerful testament to Robeson’s bravery and commitment to his purpose. The original song describes the founding of the country, names a list of various ethnic identities considered “Americans” and ends with the belief that despite several challenges specified in the song, the country would unite.” Black people and the Black experience were not mentioned in the song, except in an indirect allusion to President Lincoln. When recording the song, Robeson inserted “Negro” in the list of peoples considered citizens of the United States, and added lynching to the calamities the country must weather. For these and other attempts to ensure that the experiences of Black folks were not erased or minimized, Robeson was blacklisted and persecuted by the US government.

Robeson was not the only person from many fields – artist, scientist, educator and more – who embraced acknowledging the Black experience and lifting up Black folks as part of their purpose. As we reflect on Nia, we are all invited to consider what our purpose might be. When you consider your strengths, capacities – your very existence – what would you say it is for? Whatever gifts we were given – how can we use them to enrich not only ourselves and our families, but our communities and the world?

I continuously reflect on this question of purpose. This morning, when we began talking about Nia, I asked my teen what their purpose was. They began their reflection saying, “Well, I’m still a child. My purpose is to live, to study, have fun, to enjoy life right now. And when I’m older, then my purpose will grow.” I was surprised at how moved I was hearing their words. In those words, I heard the prayers of my ancestors who longed for their children to just be children. I heard the fierce longing of millions of enslaved Black people who longed for the opportunity for themselves, their children, their children’s children to be able to learn, to achieve their full potential, to choose for themselves who they would be. I heard Mama Gwen, a dear elder friend, who admonished me one day when I kept insisting on just being called Roxy, instead of Dr. Roxy. With tears in her eyes, she reminded me, “You are what so many of us fought for, died for. You’ve earned that and made our dreams come true.” So when I think of purpose, I realize purpose, like my teen said, indeed has several layers. One layer, which we can so often forget, is the importance of being able to choose what we want to focus on, of being able to reach into our hearts and determine what our values and visions are, to gain the knowledge and skills to make those visions come true. That is where my child is now, and I am so grateful that generations of ancestors have fought for my child, for Black children across this country, to have the gift of self-determination.

And, as we gain the skills and self knowledge that enables us to choose our paths, we can consider another layer of purpose. Are we in this life for more than ourselves? What can we do, aligned with our passions and values, that continue the work done by generations before us – to ensure that our planet, our people, our future generations will have the conditions that allow them to manifest fully all their gifts? When I consider that question, I settle into my purpose. I want to use my gifts, my education, my energy to help folks see those who are still struggling, trapped in systems of inequities. And, seeing those systems and those who are harmed by them, I want to empower folks to develop new systems and strategies that can liberate all.

What is your purpose?